Source: scroll.in
Prevented from going to college in Iran, she fled to the US to study, later helping discover a drug that fights cancer. Her country’s policies could come under UN scrutiny on March 19.
Uma Asher
Mar 18, 2015 · 08:15 pm

Photo Credit: Wikipedia
As a graduate student in the US, I shared an apartment with an excitable, geeky basketball addict I’ll call Parvaneh, who was getting a PhD in the life sciences. She insisted on keeping a mantel clock in our living room. One day, I idly asked about the date engraved on the clock, and heard the most astonishing story.Parvaneh, which means butterfuly in Farsi, finished high school in her native Iran. She wanted to study further, but couldn’t, as she was Bahà’i and not Muslim. Iran does not recognise the Bahà’i Faith, its biggest religious minority. Bahà’is are denied access to higher education, employment, and citizenship.They are pressured to convert to Islam, accused of spying for the US or Israel, imprisoned, tortured, and executed. Their property and even graves are vandalised. Around 100 Bahà’is are currently in prison for their beliefs. About 200 were executed within five years of the1979 revolution, after which Iran became an Islamic republic. These policies may come under scrutiny on March 19, when Iran is scheduled to present a report to the UN Human Rights Council in Geneva on the action it has taken on various recommendations. There are seven million Bahà’is worldwide. India has two million, which is roughly half the number of Jains in the country, and more than 25 times the number of Parsis. The largest Iranian Bahà’i diaspora is in the US.In November, Canadian-Iranian filmmaker Maziar Bahari, who is himself not a Bahà’i, launched a campaign titled ‘Education Is Not A Crime’, to highlight the condition of Bahà’is in Iran. The campaign has been endorsed by many global citizens, including five Nobel laureates.In an open letter written in February, more than 40 prominent Indians, including former attorney general Soli Sorabjee, former Delhi High Court chief justice Rajinder Sachar, and actor Rahul Bose, have called on Iran’s government to give equal rights to Bahà’is. They have remarked that “in the last 18 months, the persecution of the Bahà’is has escalated in a more targeted and systematic fashion.”

The Bahà’i campaign’s highlight is the documentary To Light A Candle, The documentary was screened in Delhi and Mumbai as well. Bahari himself was imprisoned in Iran on charges of spying, and became the subject of the 2014 feature film Rosewater. 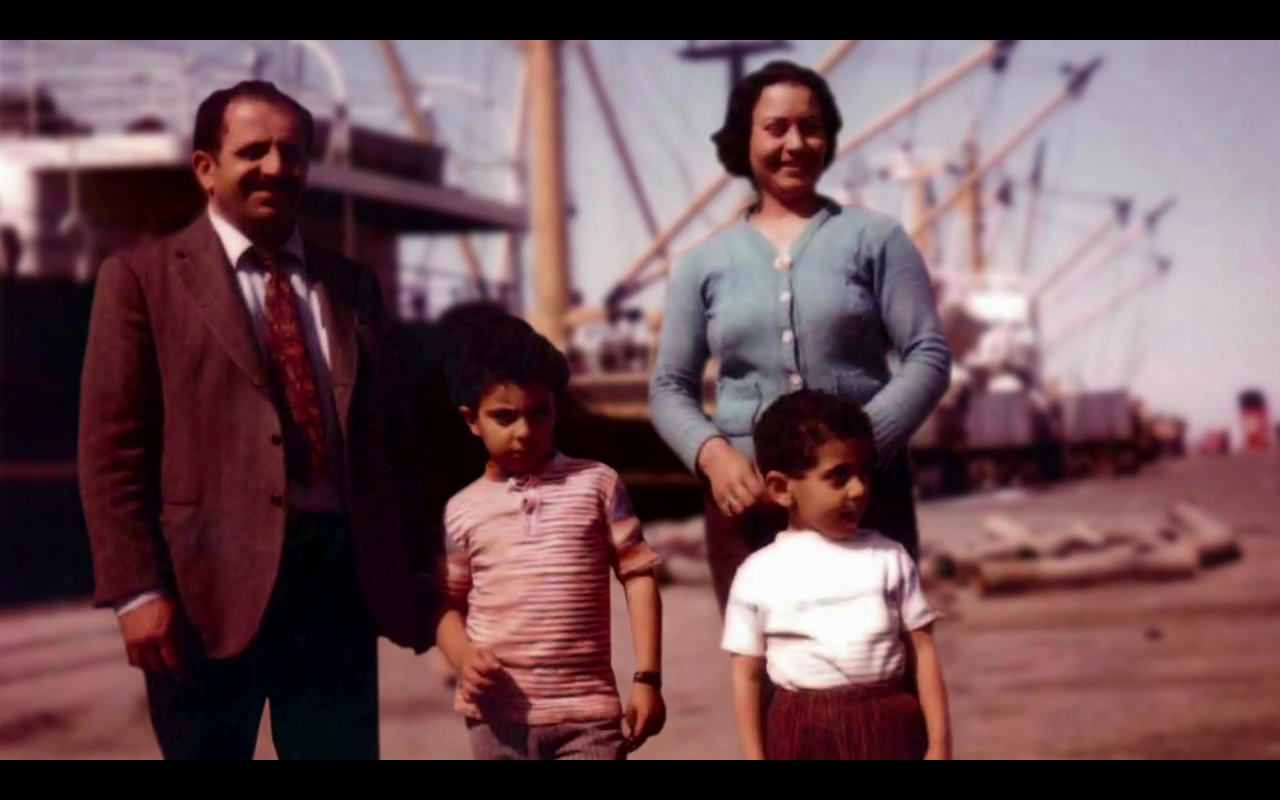 Still from To Light A Candle: Iranian Bahà’is Kayvan and Kamran Rahimian, both teachers, were arrested a few years ago. Their father, Rahim, a businessman, was tortured and killed when they were children.

To Light A Candle tells stories about the Bahà’i Institute of Higher Education, an underground university that started in 1987. Its “campus” is Bahà’i families’ homes in Iran. Its degrees are not recognized in Iran. Teaching and studying at the institute are fraught with danger. In the film, Victoria Talwar, an institute teacher and professor of child psychology at McGill University in Montreal, Canada, recalls that one student’s house was ransacked, and a family member of another student was taken away for interrogation. 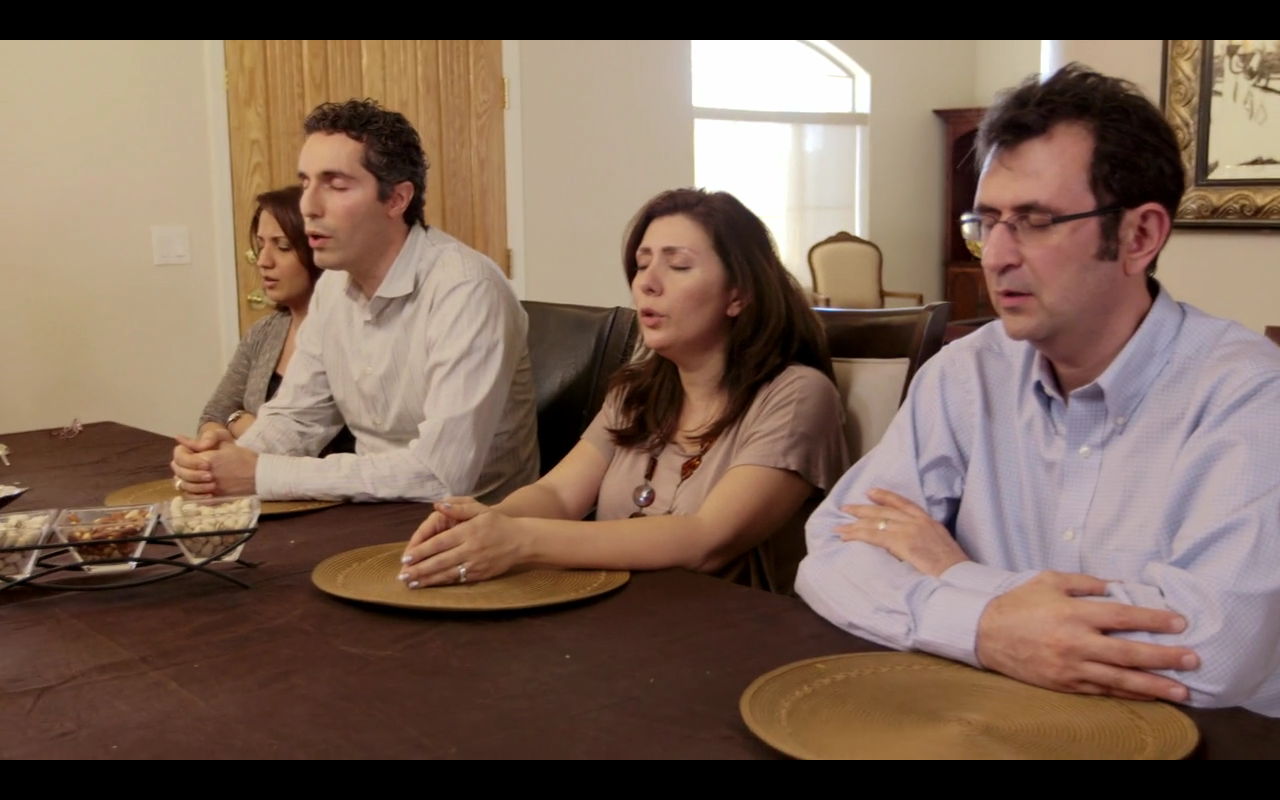 Another still from the documentary film: Iranian Bahà’is at prayer in the US.

Another teacher, Tahereh Berjis, points out that a home is not the best place for a classroom, as there are interruptions. The film does not discuss teaching experimental sciences, but I imagine that the institute could not have helped Parvaneh, as she needed a lab with freezers, centrifuges and other equipment.

San Francisco-based biotechnology expert Ron Shigeta teaches the history and philosophy of science at the insittute. In To Light A Candle, he recalls how bad he felt when a straight-A student graduated and became a plumber’s assistant, because that was the level of opportunity available to him in Iran.

Some Bahà’is say Iran’s Muslim clergy considers them “enemies of God” because they revere Baha’u’llah, a prophet who came after Muhammad, the founder of Islam. The Bahà’i Faith, founded in Iran in the mid-19th century, accepts the prophets and other figures who preceded Baha’u’llah, including Abraham, Zarathustra, Buddha, Jesus, and Muhammad.

According to American Bahà’i comedian Rainn Wilson, who played the eccentric paper salesman Dwight Schrute on the hit TV show The Office, Bahà’is believe that there is only one religion, which unfolds as each prophet brings a message for a particular time and place. In a 2009 interview with Oprah Winfrey, he spoke about being raised Bahà’i: “To grow up feeling that we’re all one human family, to know that from age four – as soon as you can think or walk or talk – is a gift.”

The Bahà’i Faith emphasises non-violence, democratic leadership — there is no clergy –, universal compulsory education, and the equality of men and women. Indeed, the faith teaches that if a Bahà’i family can afford to educate only one child, a daughter gets priority over a son. Perhaps Bahà’i teachings appear subversive to Iran’s politically powerful and orthodox Muslim clerics, and this is why the government insists that the Bahà’i Faith is not a religion, and discriminates against its followers.

Indians who want to study in the US worry about visas and funding. But as a Bahà’i in Iran, Parvaneh could not even get a passport. To go to college, she had to be smuggled out of the country. Considering that suburban Mumbai parents hesitate to send their daughters by local train to south Mumbai colleges, I can’t begin to imagine how Parvaneh’s family felt about letting her go that way.

Nineteen-year-old Parvaneh spent a year in a third country, learning English and getting refugee documentation. She then went to the US, where she got a bachelor’s degree, citizenship, which was the date engraved on the clock, a PhD, and a job.

In To Light A Candle, Bahà’i Institute teacher Ada Sinacore, a professor of counseling psychology at McGill University, says: “I sometimes wish the students I taught here understood how people are so thirsty to go to university.”

In the US, Parvaneh was free to practise her faith, and did so diligently. As her housemate, I knew nearly every Bahà’i in town. They sometimes came over for feasts or parties. We even had a Bahà’i wedding in our house: the groom was in the US army reserve, and had to report for duty suddenly, but he did not want to leave before marrying his fiancée. I also shared camaraderie and meals of dill-flavored rice and pomegranate chicken, and cups ofchoi — Farsi for “tea”– with Parvaneh’s Iranian friends, who were all Muslim.

Seven years passed before Parvaneh, now American, saw her Iranian parents again. They met in a third country as she was afraid that her passport might be confiscated if she went to Iran. She came back from her trip with a large, gorgeous Persian silk rug that warmed our simple student apartment with its soft glow. It was a gift from her parents, much as Indian parents might give a daughter gold jewellery – a precious asset that can be sold in a time of need.

History has shown repeatedly that tolerance and diversity nurture talent and enterprise, and that intolerance has a cost. To Light A Candle notes that Iranian government officials and diplomats insist that Bahà’is enjoy the same rights as other Iranians, while the government turns a blind eye to persecution, claiming that attacks on them are spontaneous manifestations of the anger of the majority.

Parvaneh’s flight is Iran’s loss. As a research scientist in the US, she did what even those who take higher education for granted rarely accomplish: she and her team developed a cancer drug that is now on the market.

As the Bahà’i Institute teacher Shigeta says in To Light A Candle: “Any country that denies such a large section of the population access to education is sacrificing a piece of its future.”